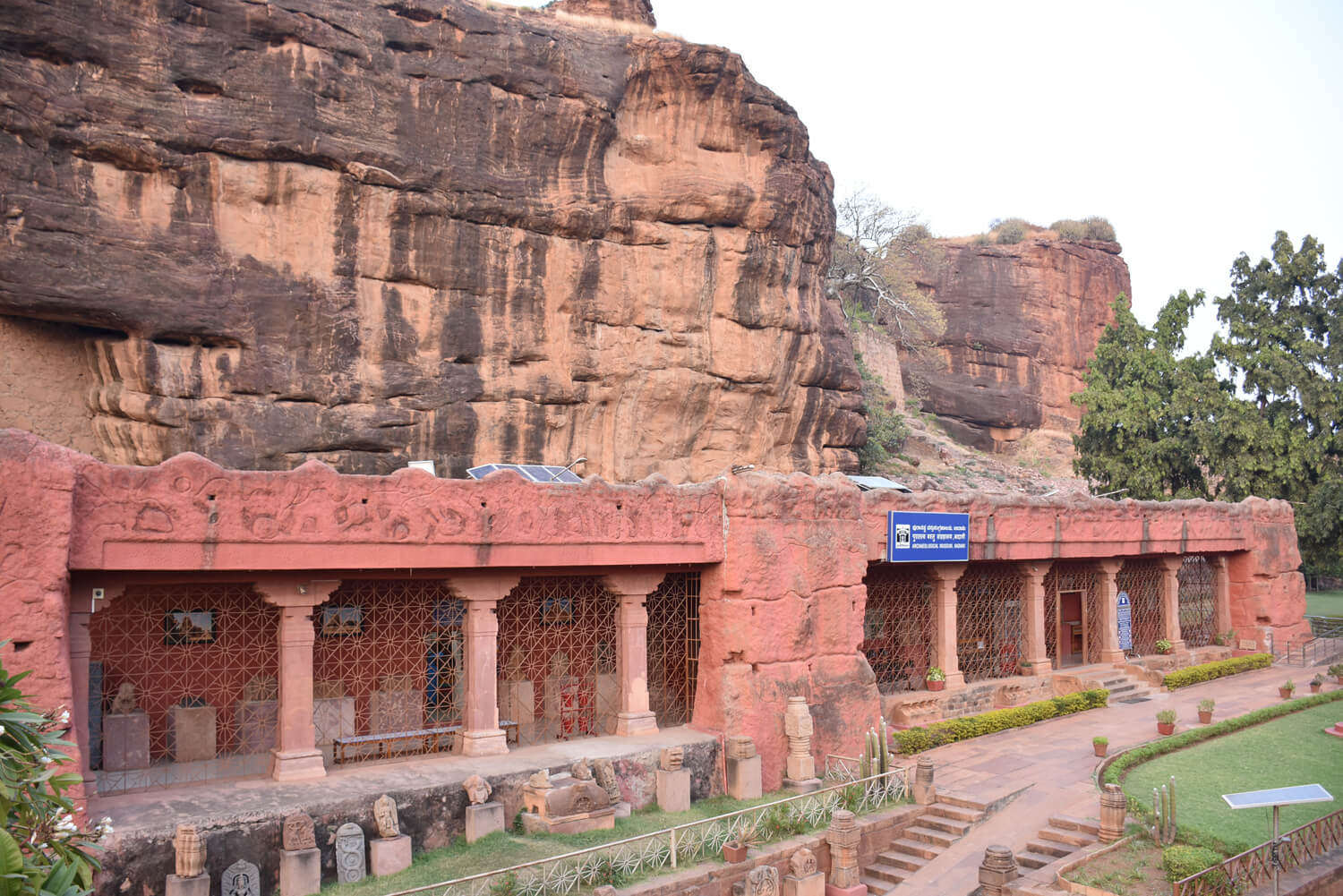 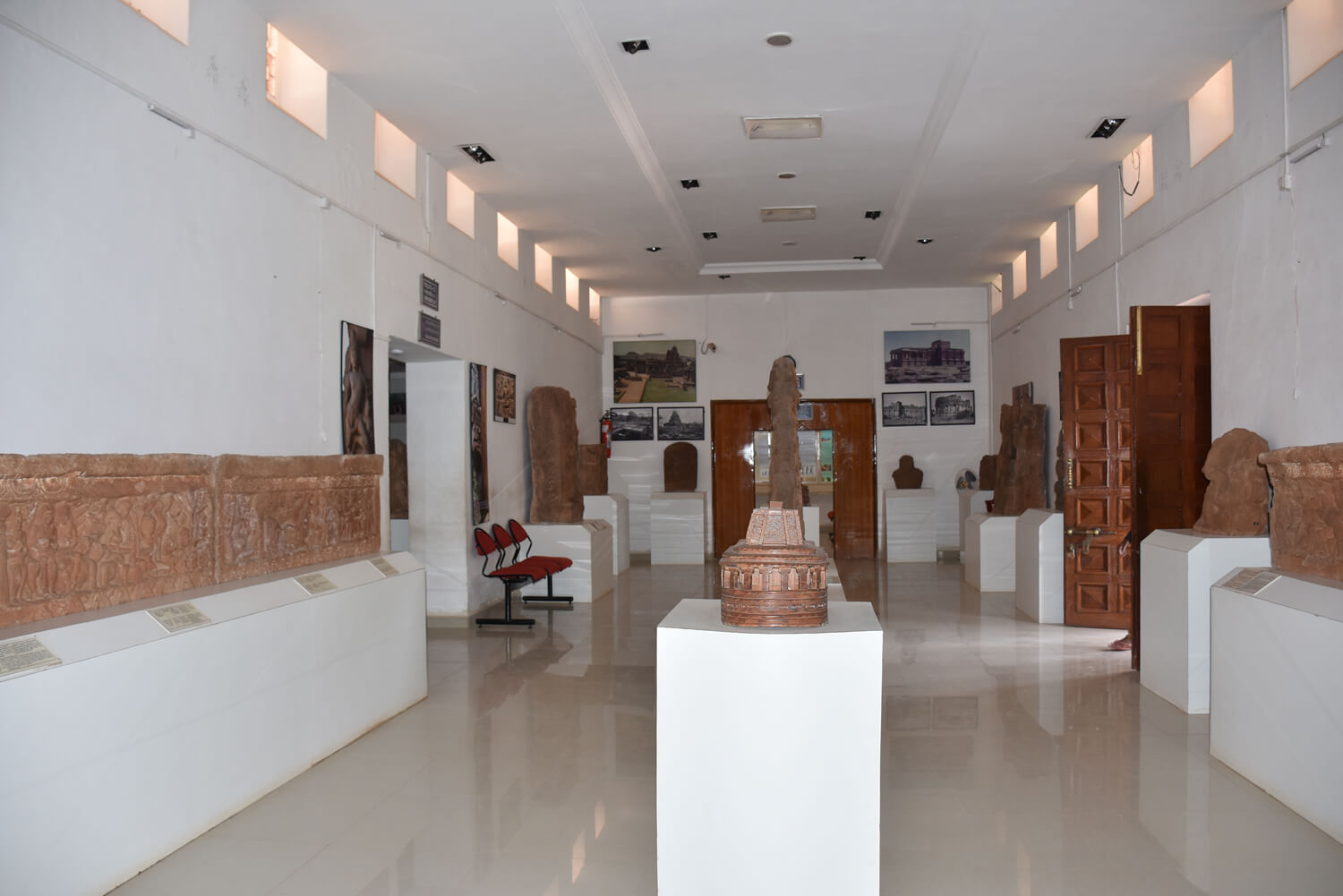 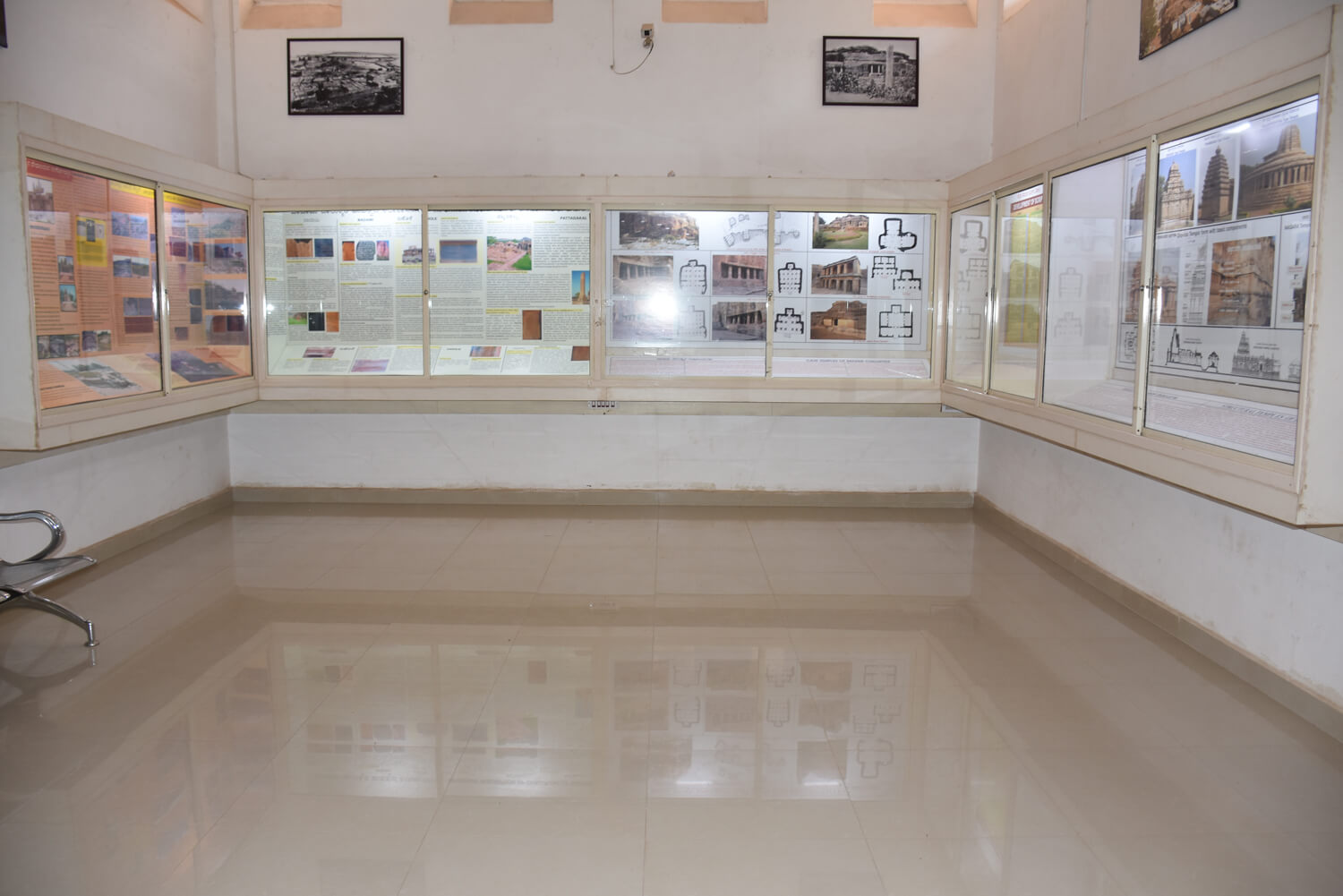 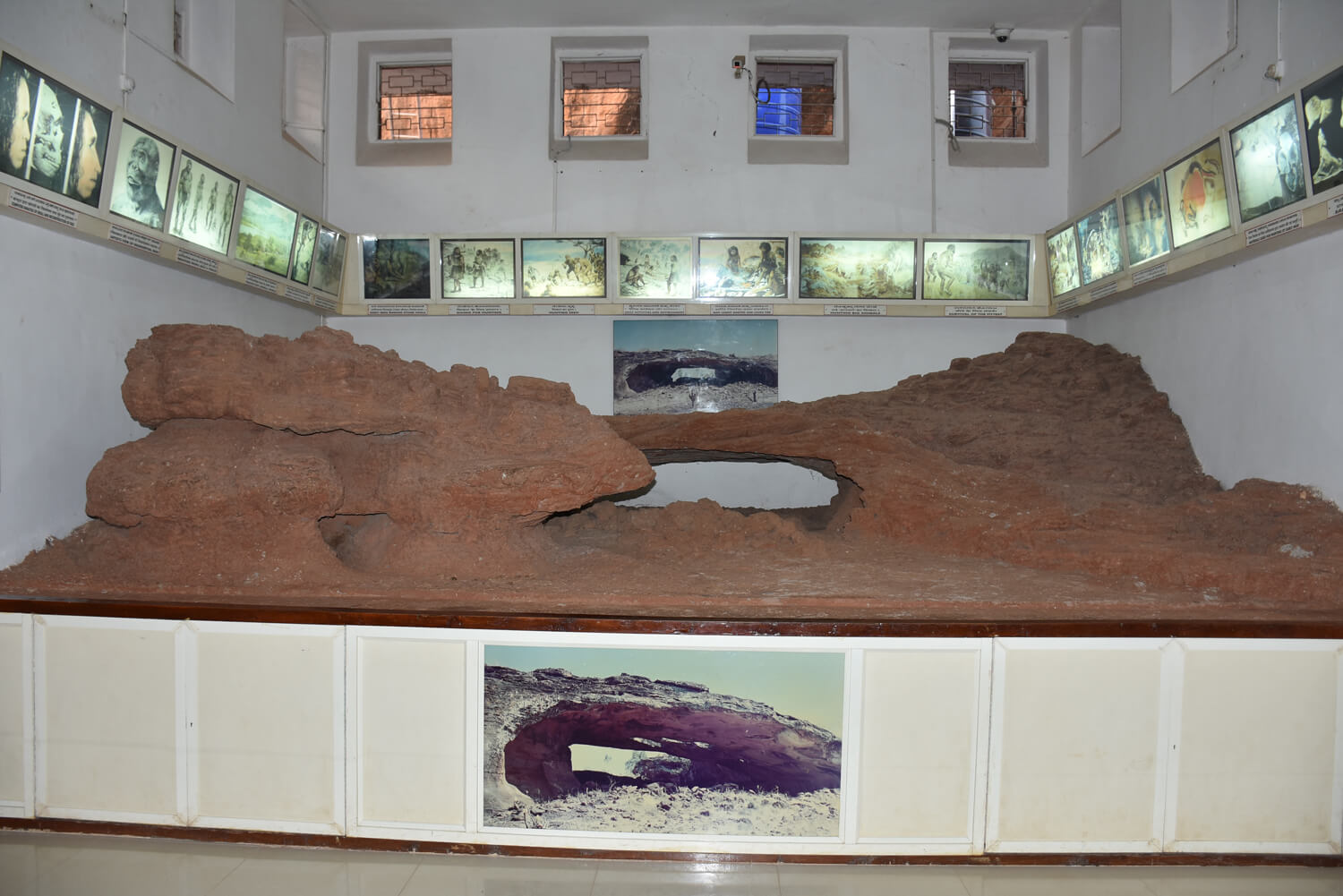 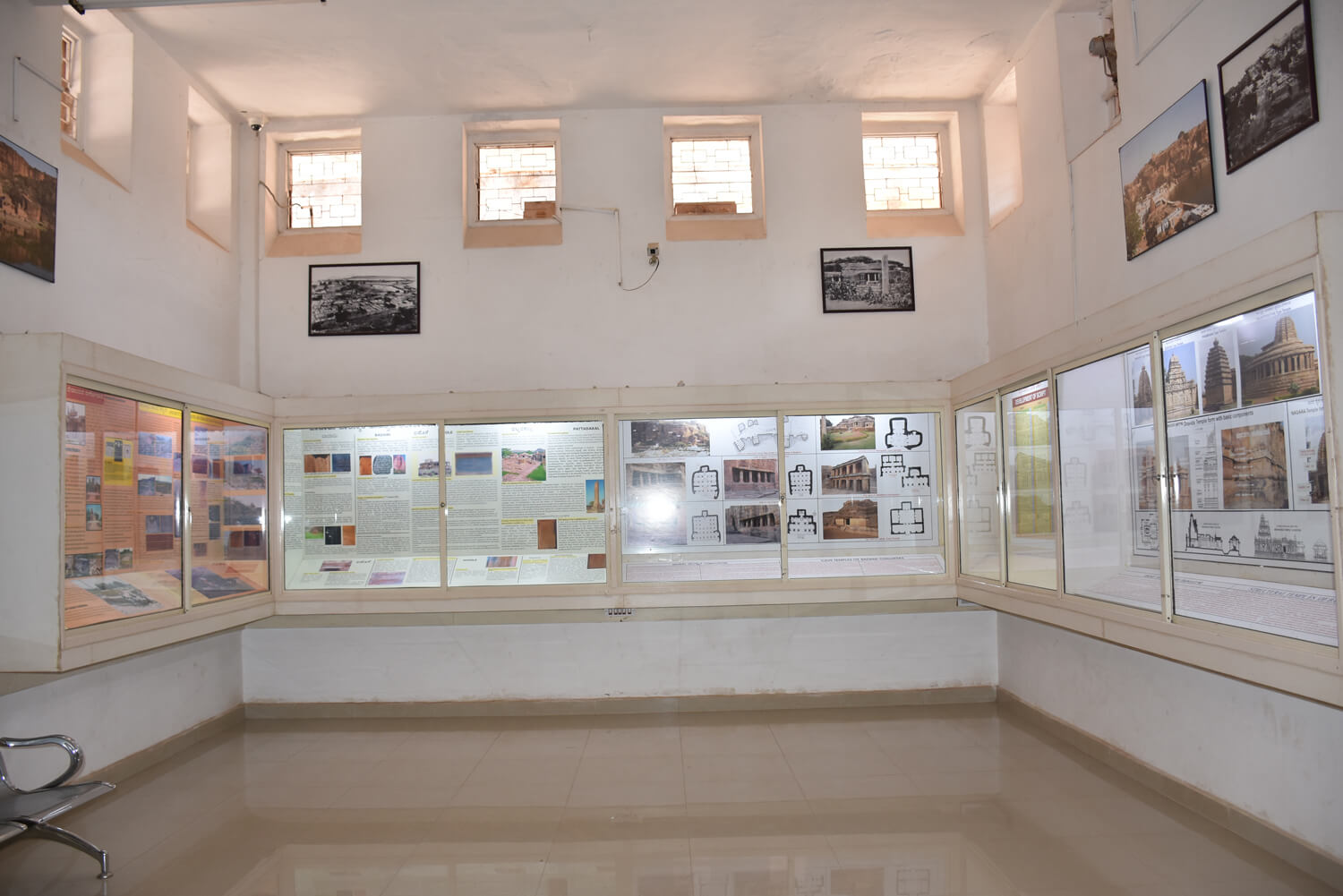 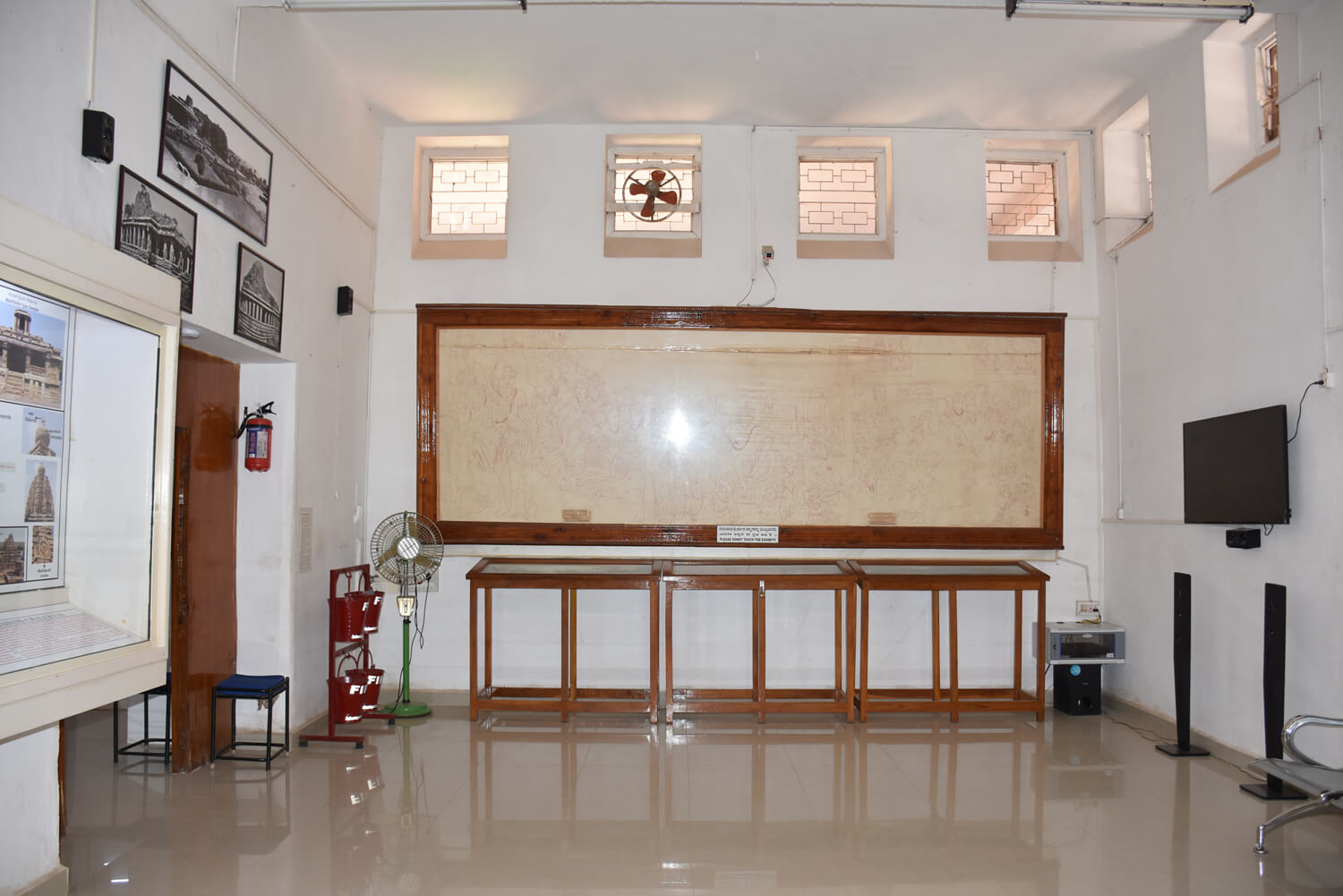 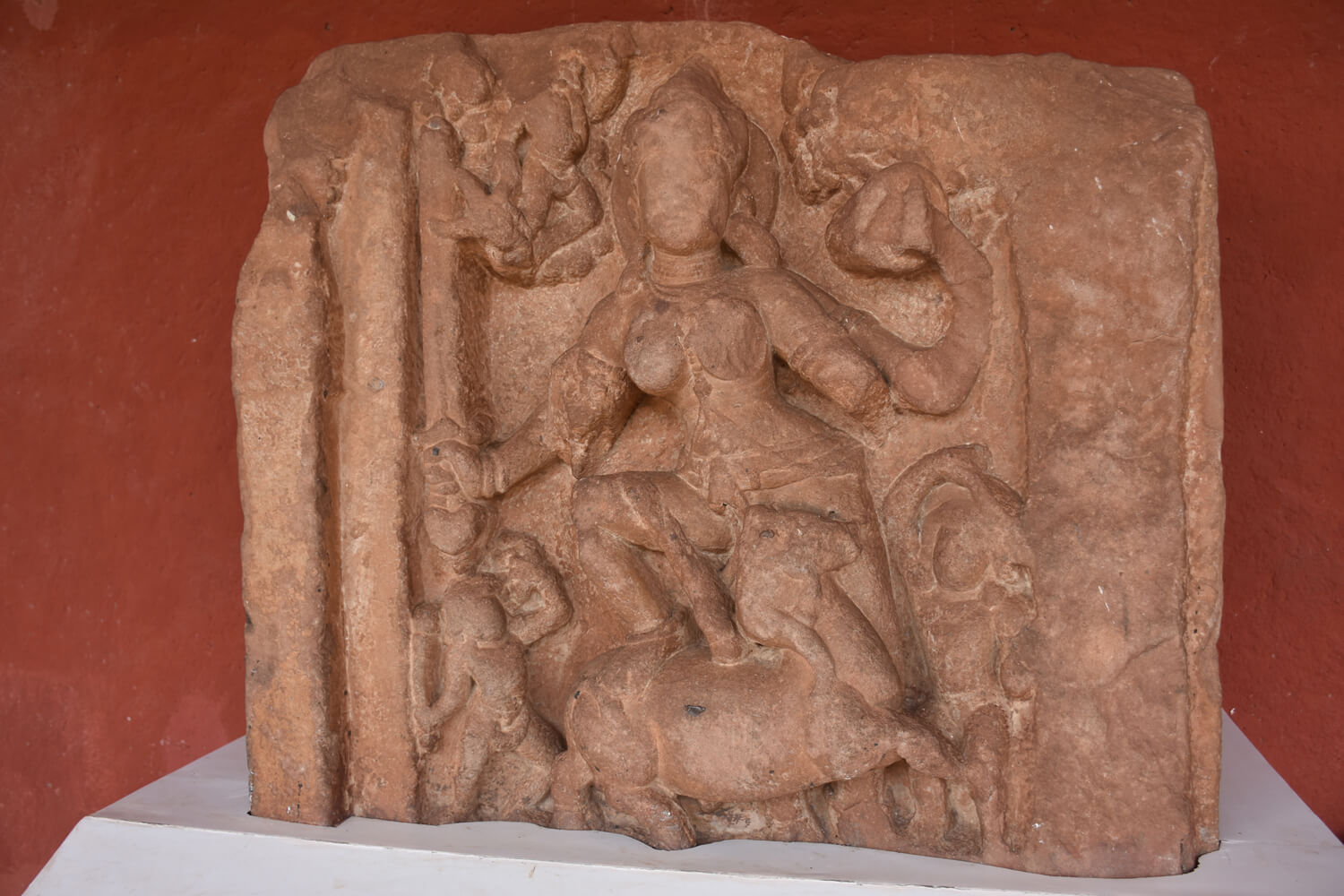 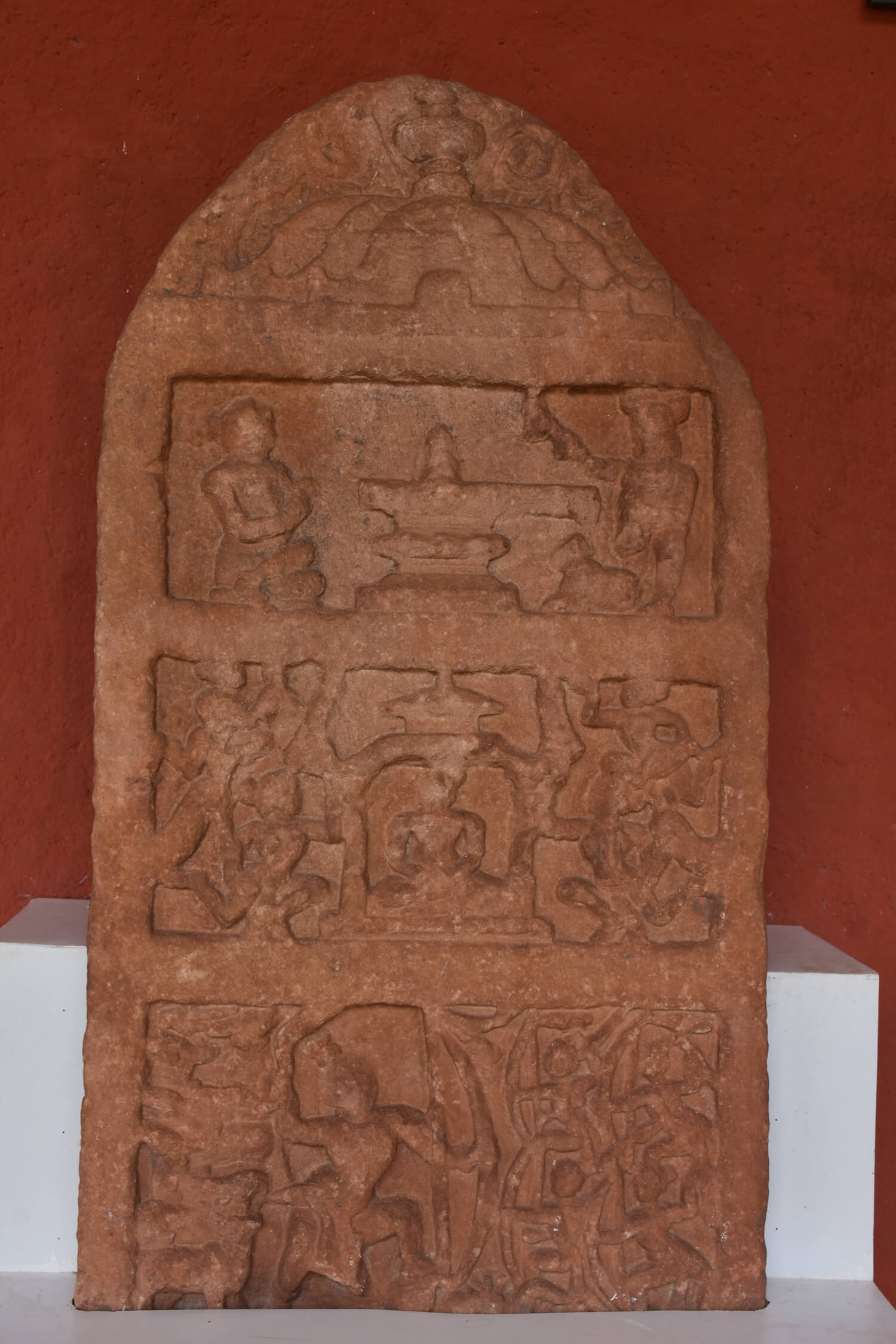 The Archaeological Museum was established in the year 1982 houses 181 antiquities including sculptures, decorated architectural members and inscriptions found in and around Badami. There are four galleries in the museum and surrounded by an Open Air gallery. At the entrance, is an open-air gallery presenting Jaina image, Nataraja, Nandi, kirtimukha, erotic figures and some decorated architectural members.
There are four well furnished galleries, which includes exhibits such as – attractive makaratorana-carved on both sides, Siva represented as Kalari, Tripurantaka, Bhairava and Nataraja and Vishnu as Narasimha, Female divinities (Lajja-gauri, matrikās, Bhairavi and others).
The panels depicting Bhāgavata or Krishnalilā scenes are outstanding specimens. The large, scaled model of the prehistoric cave at Shidlaphadi, the trans-slides depicting the various aspects of pre-historic life and the newly organized section exhibit human evolution, pre-historic paintings and stone implements, are important attraction of this museum. The section on conservation, excavation, epigraphy and the newly discovered quarry site along with iron implements, etc. are highly educative and highlight the multifaceted culture of Badami. A rare line drawing of the paintings in cave-III is yet another important exhibit in the museum. Trilingual Audio Video film information is available in the museum.
Apart from this, the museum has departmental publication sales counter and reference library with good number of collection of books regarding art and architecture.